Why do I create?

Why do I create?

I saw flaws, weaknesses, fears, strengths
The human in contradiction, sublime and exasperating
Revealers, from negative to development, from shadow to light
Enlargement of the field of possibilities.

Several encounters/discoveries that were quite fundamental in his journey:

The discovery of the 17th century Vanities, the museum of resistance and deportation in Besançon.

These memories will not leave him.

A gift, an instamatic Kodak.

At school, the discovery of the theatre, which takes him out of his social environment, is love at first sight.

A simple meeting can change everything, turn a life upside down.

Self-taught, it is to seduce a young girl, that he opens a photo club in high school, great success in the photo club, discovery of the laboratory, revelation of the magic of the enlarger, but a bitter failure with the girl.

Certainly in order to overcome his fears and shyness, he engrossed himself in the theatre with bulimia, as an actor but also by observing set designers and hanging out with technicians and lighting designers such as François Eric Valentin.

All this will lead him to the co-creation of the Théâtre de la Manufacture des Abbesses in Paris. From a ruined building to the opening of a 120-seat venue.

This is about our free will.

The man who thinks he is determined hides his responsibility?
Jean-Paul Sartre

Ashes to ashes by Mathieu Lelièvre

Because this material remains after physical or chemical operations, industrial transformations or even after manufacturing, the residue is of lesser value. No product can be extracted from it, it cannot claim any interest. Because it is only a remnant, it is simply free to remain there, without disappearing or moving, just good for maintaining itself in the same state.

Fabrice Leroux decides to revalue this seemingly unimportant residue. Participating in its reappearance, discovering and investing its material, transmitting its symbolic potential, these are all avenues that the artist?s videos and photographs explore in order to convince us of its study, its resonance, its bodily presence. Since the residue remains, let us linger on it, we seem to be told.

Ashes to ashes questions our relationship to ash. The residue of the corpse after the fire has been extinguished, of the body after the fire of life has been extinguished, the ash has no value, except as a symbolic evocation of death. From this macabre reminder of the precarious nature of existence, Fabrice Leroux associates the symbol of the eternal return, where the use of ash in rituals is conducive to various and varied resurrections (placed in a cross on the dying to alternate death and life in Christian monasteries, twin heroes transformed into ash before resurrecting among the Maya-Quiché, placed on the top of a mountain to call down rain among the Maya-Quiché, etc.).Without fear or fatality", it is therefore a question of reactivating the living through the ashes, attributing a positive value to the residue, and thereby extracting its dynamic potential.

The video opens on a floor covered in ashes. In the distance, in the half-light of the disused site, a column of light emerges, closer to the skylight than to the window. In the air, dust, light. Then, standing in front of the light, Cedranna begins her dance. All spontaneity and freedom, she multiplies the groping of matter, of the environment, of her own body, just as she experiments with various throws of this powdery projectile in which her flesh is mixed. In her hands, grains of powder flow on the ground, when she does not return to meet them.

Probably because for Cedranna, this dance is conducive to play, where she progressively transforms her desire to work with matter into a performance, where the propelled ash suddenly resembles a weapon, and then the next second an hourglass, or a dry earth to be ploughed.

A closer look at the montage Ashes to ashes It is a matter of repetition, of coming and going, where the light moves in the same way as the dancer and the material, where the action is reproduced indefinitely, as if to support the cyclical nature of the elements staged. Fabrice Leroux cultivates the serial image just as Cedranna reactivates its rituals. And when the gesture ceases, it is the sequence that is rewound, to bring the ashes back to the sky.

And we, bones, become ashes and powder by Simone Dompeyre

Performance :  And we, bones, become ashes and powder

In the darkness of the early night, many people were standing around waiting for a ceremony? no noise, when a young woman in a plastic skirt with bubbles and lace made of hung paper, wearing big ranger shoes, started to distribute the same small folded papers with her open hands. They hid words that were soon heard in two voices, those of the two artists ? in photography, sound, video, installation ? Fabrice Leroux and ? in dance ? Cedranna, some of which were read out on the wall, which had become a large screen.

They say "universal" and "memory", "face" and "wick", "vital" and "erasure", "distant" and "dull" but also "warmth" and "coldness", "reversal" and "birth", "blossoming" and "decay". The words return in the last movement; they list the values recognised in the ash, without refusing the antinomy, or accepting it: "fall, loss, abandonment" but "embrace, love, awakening".

Having scattered the last of her messages on the ground, she joins a wooden platform covered with grey dust, the ash that Villon's verse relates to our bodies after life? now in a simple tunic whose draperies connote those of statues of young women / sleeping goddesses or recumbents, she dances.

The image is repeated in different dimensions, two monitors off stage and on stage enclose the body in their small screen, the large dimension on the wall exalts its delicacy, sometimes in the superimposition of its remanence and gives it back the space and on the wood, the body moves forward, turns slowly, breaks down its step, glissando?On the wood, the body moves forward, turns slowly, decomposes its step, glissando? the body stands up more strongly and throws, projects, propels or lets fall back the ashes that the hands pick up when they don't mix them? then on the wall, a zenithal dive discovers the figures thus drawn. Certainly, some of the gestures bring us back to rituals of mourning and penitence, and to the biblical background; for example, it is the offended woman who is judged guilty, in the Second Book of Samuel. Tamar, daughter of David, poured ashes on her head and tore her princess tunic because her brother Ammon had raped her. The performance does not breathe such cruelties, it raises a dust that has lost all heaviness and ugliness. She keeps in her step the fire that smoulders under the ashes.

The dance is not sad, it represents this passage towards a light, harmonious state? a floating moment; it takes the pace of other EMBERS ERRANT? and Barber's score is in tune with this moment of grace, this full moment, this moment of beauty. An elegy to a death that would not be macabre, nor horrific, that evokes funerary practices mixing ashes with the food of the living ? in South America ? making statues of Buddha by mixing it with clay ? in Tibet - fertilizing the fields with it.

If the title is Villon's poetry, very far from his hangmen whose "magpies, crows (have) gouged out their eyes / And plucked out their beards and eyebrows", the tone of the work opens up a new Orpheus testament, where the poet has become a dancer, where, like the phoenix, he comes back to life through his own combustion. The poet passes through the mirror, the dancer is attracted by the reflection.

This ash flows like water when she rubs it on her body, fills her face with it; it floats like air when she blows it, throws it away; it bears witness to the fire when the dancer approaches this column of light so narrow that it becomes an echo of doors to another world. The dancer moves forward, backward, and back again, caught by the light that makes her illumination? that makes her diaphanous. The ash keeps the trace of what was once the life of the human being? what the rose that, on the screen, preceded Cedranna, augured. Rose and Eros, rose and memory, traces of life; they scatter in the wind and spread over the earth or dissolve in the water, ephemeral like the flower, ephemeral like this performance in the half-light of the night "the sweet night that walks". 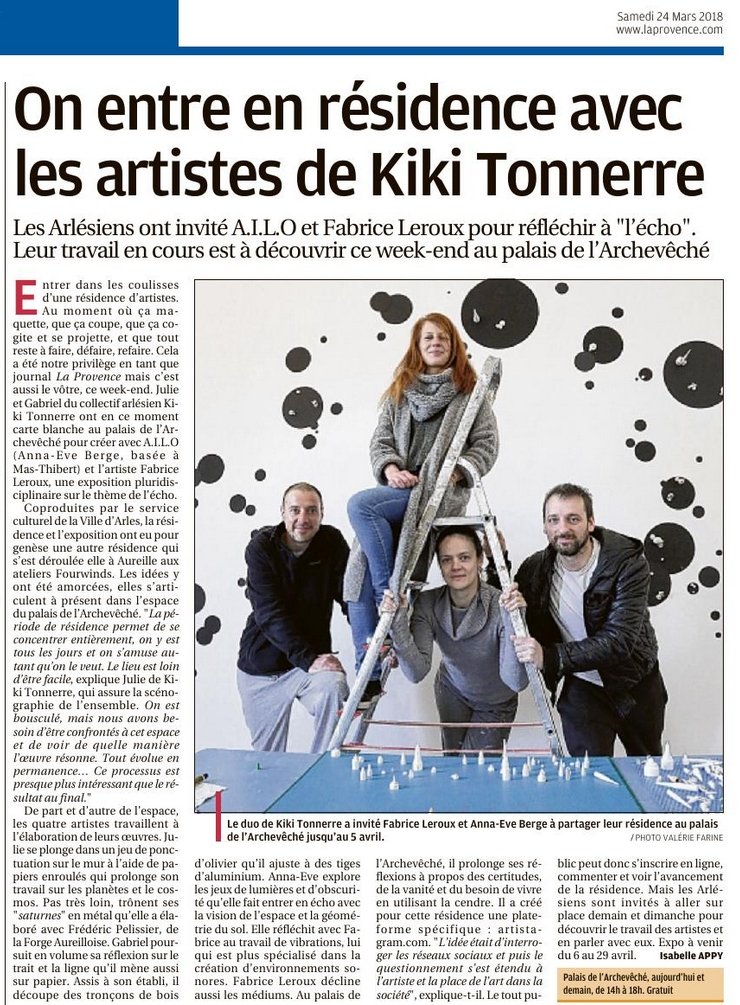 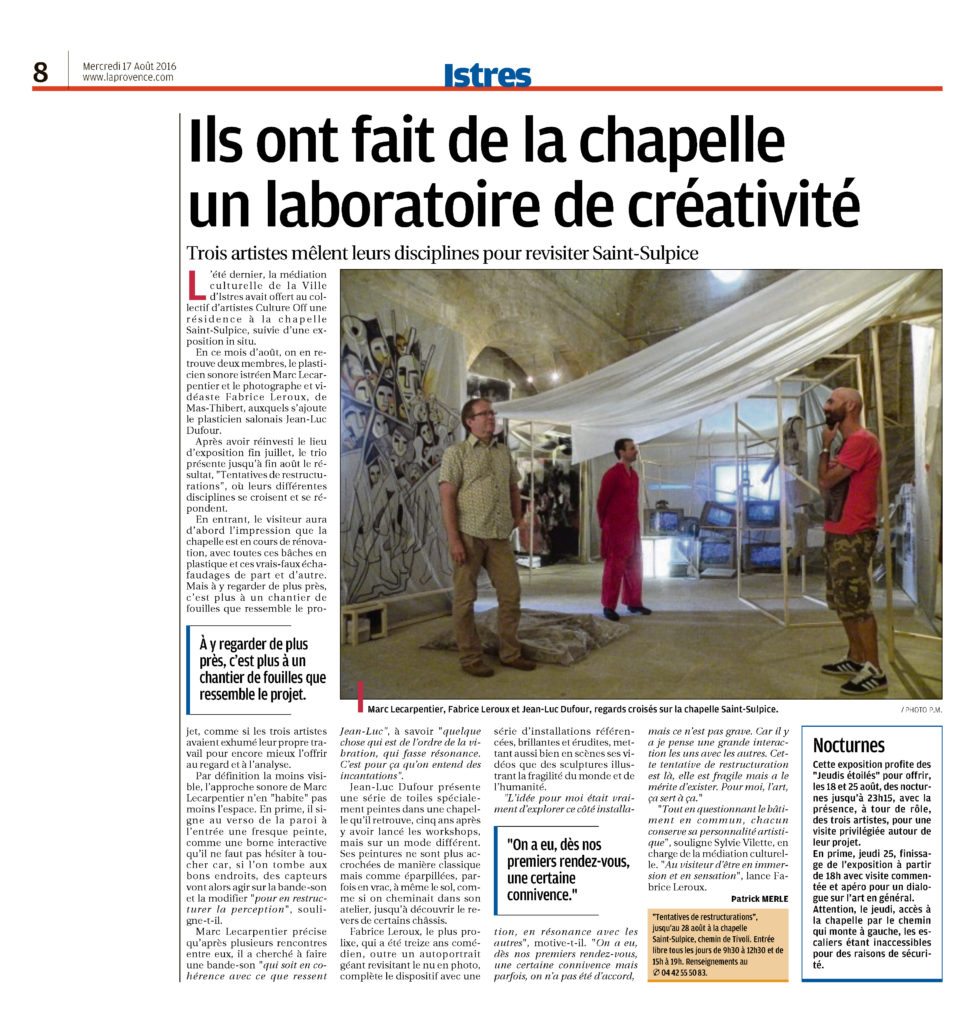